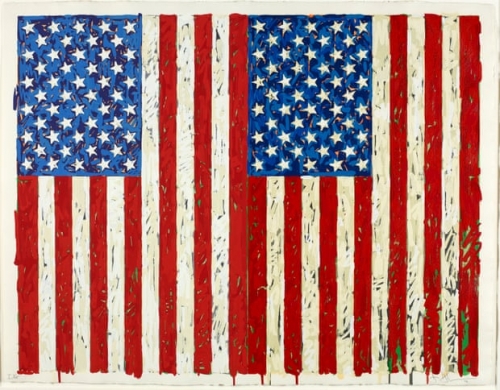 An American flag artwork worth at least $1m (£770,000) and made by one of the world’s most celebrated living artists has been donated to the British Museum.

With just days to go before the US presidential election, the museum announced that an edition of Jasper Johns’s Flags I (1973) had been gifted to them by the New York-based collectors Johanna and Leslie Garfield. It is one of the most valuable modern prints ever donated to the museum and curators said they were thrilled.

“This is a hugely important print,” said Catherine Daunt, a curator of modern and contemporary art. “It is beautiful, complex and technically a great achievement. We now have 16 works by Johns in the collection, all of which are outstanding in their own way, but visually this is undoubtedly the most spectacular.”

The print was a highlight of the museum’s 2017 American Dream exhibition, used on tube adverts and the catalogue cover. “It came to symbolise not just that exhibition but our growing and very good collection of American prints at the British Museum,” said Daunt. “At that point we didn’t own it ourselves so it is fantastic to now say that is part of the collection.”

Johns’s print was technically complicated, said Daunt. It shows the flag on both sides, with one having a matt finish and the other gloss. It was produced in an edition of 65. Three other impressions of the print have been sold for more than $1m at auction in recent years. Christie’s in New York sold one for $1.6m in 2016. The edition given to the British Museum, which is home to the national collection of prints and drawings, is in near-perfect condition and is likely to be of the same value.